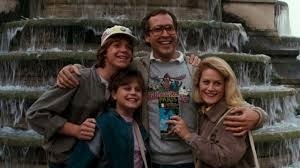 Well, we did it.  Our longest, furthest, gnarliest family trip to date.  17 days, over 10,000 miles, 4 foreign countries, 4 airline flights on 4 different airlines, a cruise ship, several ferries, a speed boat, countless vans, a subway, a kayak, and lots and lots of walking.  The only casualty was a faulty power strip that turned our hotel room dark one night. Oops.

This is the one trip we had to plan ahead. My in-laws spent their careers in the travel industry and are still very active travelers. Each year they take one of their grandkids (five total) on a regularly scheduled business trip. Destinations have included Jackson Hole, Sun Valley, and Washington, DC. For each grandchild’s “high school” trip, they get to choose a destination. Two summers ago, my girls (then 15 and 17) and their cousin (age 16) traveled with their grandparents to England and Scotland. This summer, the eligible grandchild chose Italy.

Since this summer encompassed my in-laws’ 50th wedding anniversary and 70th birthdays, the decision was made (above my paygrade) to make this a family trip. The journey included two grandparents, four parents, and four grandchildren (the fifth was already studying in Europe all summer).

The conversation in our house went something like this (paraphrased):

Tracey: Would you like to go on a cruise with my parents for our trip this summer? Kary: Yes! I was just thinking of asking you if we could do that. What a great idea! Maybe we could share a big suite with them.

Tracey: We should visit Brooke (our oldest daughter). She’ll be in Oxford in July.

Kary: Sounds like a great idea. Let’s do it.

Tracey: How long can you be away from the office?

Kary: 12 days is usually the longest I like to be away. We’ll be out of touch for several days at a time and that makes me nervous.

The trip itself was quite the adventure. Atlanta to Boston (thank you TSA PreCheck), Boston to Rome (thank you Alitalia for free wine). Four days in Rome hitting all the requisite sites. Then we boarded a Princess Cruise (this was the grandparents’ trip) to Salerno (Amalfi Cost), Montenegro, Corfu, Crete, Mykonos, and Athens. Long enough in Athens to see the highlights and then a flight to London to see our oldest daughter. Two short days in Oxford and then a long flight back home.

Here are some of the highlights:

Rome was incredibly HOT and we walked EVERYWHERE. We’re talking 20-30,000 steps a day. Fortunately, the ancient Romans built awesome water works and there were fountains everywhere. We were constantly filling up our water bottles with fresh, clean, cold water.

Italian Gelato is the best. No questions asked.

The Vatican is amazingly beautiful and super crowded. We wore our patient faces all day.

This was our kids’ first time on a cruise ship. Their first question (they are teenagers): We can eat whenever we want? Yes. And it’s free? Yes. As much as we want? Yes. They were stoked.

Pro tip we learned in Seattle last summer: Don’t waste your money on tour boats – just take the ferry. Same scenery, same destination, no narration, but a fraction of the price. And you meet cool people.

On our first stop in Salerno, we hopped the ferry to Amalfi. Once in Amalfi, we randomly decided to take a smaller tour to a grotto – basically a water cave. During a quick break between boat rides, Brittany (my gregarious 17-year-old) made a friend at a local café. Turns out her family was on the same tour – mom, grandma, and 17 and 19-year-old daughters, just like our family. We spent the next two hours touring Amalfi with the Sisk family from Lynchburg, VA, and the girls are now friends on Instagram.

People are decent everywhere, regardless of language or nationality.

Kotor Bay in Montenegro was unbelievable.  Essentially a fjord surrounded by high rounded peaks with deep blue crystal water. It was truly unexpected. This was our favorite stop. Our first task was to charter a private boat for a tour of the bay, a centuries old church in the middle of the bay, and one of the ancient but active towns. The cost for the two-hour tour for 4 was under $80. Amazing. Three of us then climbed 1400 steps to a vantage point nearly 1,000 feet above sea level. We finished the day kayaking and paddle boarding on the bay. Overall a top 10 travel day.

At the top of our hike up the mountain we found a group of kids jamming out – dancing, air drumming and guitaring – to the Dire Straits classic “Money for Nothing”. Of course, we had to meet them and learned that one was Russian (who had lived in New Jersey), the other was Serbian, and the third was from Montenegro. They spoke fluent English and were very nice. As we headed down the mountain, they switched to Don McLean’s “American Pie.”

Our nearest brush with death came in Mykonos and it was entirely avoidable. From the cruise terminal, we traveled by ferry to Mykonos proper. After walking around for several hours, it was time to return to the ship. We just missed the ferry and were too impatient to wait 30 minutes for the next one to arrive. Soooo, we decided to walk the mile back to the ship. Terrible idea. The road looked great in Google Maps, but was in fact a narrow road with a sheer drop to the water on one side and a sharp hill on the other. At times we were perched on the foot-wide concrete barrier, 50-foot drop to our left and buses passing inches to our right. By the time we made it back to the ship, no one was talking to me.

We missed the finals of the Women’s World Cup as we were at sea. No problem, it happened to be playing a week later on the TV as we ate lunch at an outdoor café in Athens. Souvlaki and soccer.

The flight from Athens to London on Aegean Air was hilarious. Though dressed a bit more conservatively, the flight attendants were dead-ringers for the women in Robert Palmer’s “Simply Irresistible” music video. People constantly roamed the aisles, walking kids around, visiting friends. It was just a few glasses of wine from turning into a Dierks Bentley music video.

Oxford was a nice change of pace – no language barrier and moderate temperatures.  Except that they of course drove on the wrong side of the road. The University itself is composed of 34 independent colleges, each with their own mini campus.  Many areas were recognizable from the Harry Potter movies. Overall it was quite touristy, with groups of students from all over the world. Brooke was very excited to show us around and have us pay for food.

We dubbed the Delta flight from London to Atlanta the “Grandma Express.” Unlike the flight crew on Aegean, this flight crew was a bit more “seasoned.” We were a little concerned shortly after take-off when they announced they would have to reboot the entire in-flight entertainment system. Oh great, I thought, just like going to Grandma’s house and having to help with the Wi-Fi. Turns out they were fine. But just like Grandma’s house, they kept bringing us food, drinks, cookies, warm towels – they never stopped! Good job, Delta.

Packing cubes are amazing. I don’t know how we traveled without them. We were able to pack so much into a small space and keep everything neatly organized. Miraculously all four suitcases stayed under the 50 lb. limit the entire trip.

As always, we love traveling but enjoy coming home even more. Our takeaway is to have a plan, but be flexible and open to new experiences! (Cruising with teenagers was way more relaxing than I thought it would be, particularly because they had their own cabin!)

It’s going to be tough to top this trip next summer. Always open to your ideas!

The opinions voiced in this material are for general information only and are not intended to provide specific tax advice or recommendations for any individual.