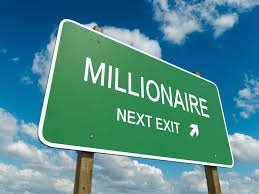 Free Thinking – Are You the Millionaire Next Door?

Originally published in 1996 by Dr. Thomas Stanley, The Millionaire Next Door exposed widely held myths about wealth.  Most believed a millionaire was someone with a flashy car, expensive watch, and a country club membership.  The reality was much different.  The typical millionaire was a small business owner living in a modest house, driving a Chevrolet or Ford, and wearing a Timex.  They lived a modest lifestyle, saved and invested for the future, and gave time and money to local charities.

Dr. Stanley was working on an update when he died in 2015.  His daughter completed and released The Next Millionaire Next Door in 2019.  While the original was groundbreaking, the sequel is just as insightful, focusing on the behaviors that drive wealth.

Read on and see how you would fair under the scrutiny of the Stanley’s research:

Income Statement Affluent (ISA).  These are folks who appear to be wealthy but are not.  They often have high paying jobs but a higher cost lifestyle to match.  Multiple luxury cars, country club membership, extensive travel, private school tuition, home in the best neighborhood.  Beneath the external veneer is a crushing debt load that leaves them on a treadmill to nowhere.

EOC is often detrimental to the provider, funneling funds from retirement savings to consumption.  Excessive EOC is a serious risk to a well-planned retirement.  Unfortunately, providers of EOC don’t want to be told they’re doing anything wrong.

What behavioral traits are most commonly found in PAWs?  The usual suspects:

Frugality – dedication to consistent savings, lower spending, and adherence to a budget

Responsibility – acceptance that actions, not luck, lead to outcomes

Focus – not becoming distracted, keeping the end in mind

Feel free to call or email us any time.

The opinions voiced in this material are for general information only and are not intended to provide specific tax advice or recommendations for any individual.