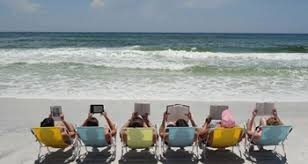 Reading is Fundamental. It pains me that my children don’t read as much as I did growing up. Too many distractions and other sources of information. Why read about science or history when you can watch captivating YouTube videos that cover the same topic in a more entertaining format? After watching some of the videos, I get it. It’s still nice to grab a good book and zone out (Level 0, remember?)

When. The Scientific Secrets of Perfect Timing – Daniel Pink. Not really any secrets here. People go through cycles – start, middle, end – either in a day or over the course of a project. People / projects start strong, lag in the middle, and either rally to victory or fail at the end. One new trick. If you like an afternoon catnap, drink your coffee before you go to sleep. The caffeine takes 30 to 45 minutes to hit full speed. Down a quick cup and then close your eyes. When you wake up, the caffeine will be at full strength and you’ll be off to the races.

All Quiet on the Western Front – Erich Maria Remarque. A classic tome (and movie) telling the story of the horrors of trench warfare in World War I from the perspective of a young German soldier. Not a particularly light story, but a worthwhile read for a unique view of the conflict.

This is Your War – Ernie Pyle. I originally read this book back in middle school. Ernie was the quintessential World War II correspondent – in with the troops, telling everyday stories, sharing their trials and tribulations. A very enjoyable read on how soldiers came together from all walks of life to defeat Fascism an ocean away.

Guns, Germs, and Steel – Jared Diamond. This is the type of book many readers purchase but few complete. Why do certain populations advance technologically and overtake other populations? The answer comes down to food production, which is determined by factors outside of human control – geography, climate, availability of domesticable plants and animals. Disadvantaged populations don’t evolve but are overrun and outbred by groups with better technology.

The Coldest Winter: America and the Korean War – David Halberstam. This tome is the benchmark for understanding the foreign policy decisions that led to the Korean War.   The miscalculations by all ideological leaders on all sides (the US, China, North Korea, and the Soviet Union) led to a bloody and pointless conflict. The cast included General Douglas MacArthur, World War II hero blinded by his own greatness and disrespectful to President Truman; Josef Stalin, eager to keep China and the US destabilized by encouraging a conflict; Mao Zedong, fresh from victory over the US supported Chiang Kai-Shek and eager for payback; and finally Kim Il Sung, chosen by the Soviets to lead North Korea. After several years of bloody fighting, nothing changed. Even today, the same forces are still at play – China and Russia are still happy to use North Korea as a proxy to tweak the US. I very much enjoyed this read and would highly recommend it.

On Desperate Ground: The Marines at the Reservoir, The Korean War’s Greatest Battle – Hampton Sides. Where the previous Halberstam work focused on the big picture of the Korean War, this book focuses on just one of the four first major battles – the Marine’s campaign around the Chosin Reservoir. Great story and a compelling read.

Capital Gaines: Smart Things I Learned Doing Stupid Stuff – Chip Gaines. This magically appeared on my Kindle one day. Wholesome story of a family working toward their American Dream. Sure, it was cheesy. I still found it more authentic than many other modern pop biographies.

Dark Pools: The Rise of Machine Traders and the Rigging of the US Stock Market – Scott Patterson. Yep, as we learned in Michael Lewis’s Flash Boys, the markets are rigged, at least in the micro sense. Nothing we can do about it. Big money traders are always one step ahead of the regulators.

1776 – David McCullough. A no-nonsense account of the first months of the Revolutionary War. The true story is not nearly as cut and dry as the classroom version. Who was in charge, who were the good leaders, how could the fledgling government motivate the rank and file troops, how to deal with the Loyalists who didn’t want a Revolution? By good fortune and good decisions, the greatest nation in the history of the world was born. The outcome was not certain in the early days. Looking forward to reading more from Mr. McCullough.

Can’t Hurt Me: Master Your Mind and Defy the Odds – David Goggins. This guy is nuts. Seriously, he has issues, which allows him to accomplish amazing physical feats. Personal relationship management? Not so good. Part inspiration, part cautionary tale. I picked up his 40% rule – when your brain tells your body to quit, you’re only at 40% of your physical capacity. Keep going…

The Man Who Played With Fire – Jan Stocklassa. Remember The Girl With the Dragon Tattoo? The author of that fictional trilogy (Stieg Larsson) was also a journalist who devoted a chunk of his life to trying to solve the 1986 assassination of the Swedish Prime Minister Olof Palme. Solid real-life whodunit. The ultra-right wingers? The Kurds? The South Africans? Read more to find out…