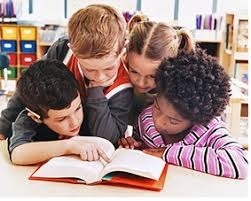 With the proliferation of always on media – TV, internet, smart phones, talking appliances – it is easy to become consumed with scanning and absorbing every bit of news every minute of the day.  For many, it’s the first thing you do when you wake up and the last thing you do before bed.  But what’s the point?  You can be up to date on current events, but does it mean anything?  Are you gaining actionable intelligence and then converting that into productive activity?  Probably not.

Recognizing my own addiction, I’ve spent the past year trying something new - reading more books.  It’s been refreshing to give a wider and more historical perspective to current events.  This old quote remains very true: “History doesn’t repeat itself, but it often rhymes.” Here’s what I’ve been reading:

A Man for All Markets:  From Las Vegas to Wall Street - Edward Thorp.  Very interesting story about a college math professor who created an infallible card counting system and then parlayed his analytic success into a new style of investing.  As one of the first ‘quants’, Thorp pioneered the field of quantitative investing, the practice of using primarily data signals to buy and sell securities.  A good follow up read would be Flash Boys by Michael Lewis.

The Naked Communist:  Exposing Communism and Restoring Freedom - W. Cleon Skousen.  There are an increasing number of people today who want to incorporate tenets of Communism and Socialism into our current political and economic system.  They should read this book.  As Winston Churchill said in a speech to the House of Commons in October 1945, “The inherent vice of capitalism is the unequal sharing of blessings. The inherent virtue of Socialism is the equal sharing of misery.”

Wealth and Democracy: A Political History of the American Rich - Kevin Phillips.  Originally published in 2001, the author documents the intersection of politics and wealth throughout modern history.  The short version is political connections are very helpful, but not sufficient, to build substantial wealth.  True wealth is created by being at the leading edge of a great societal shift and having government connections.  Examples are the advent of steam power (1800s), extracting and refining oil, inception of railroading (1850s), and finally the financialization of modern times (1990s).  The book was published before the rise of the Internet, but surely would have included Bezos, Zuckerberg, and the Google twins.

I Love Capitalism! An American Story – Ken Langone.  A light read that follows Ken Langone, a key player in founding The Home Depot, from a humble childhood to investment banker and finally multi-billionaire philanthropist.  This was required reading for my 13 year-old son this holiday season – now he’s inspired to make money and has come up with a variety of schemes.  Perhaps one will be my retirement plan!

Your Money & Your Brain - Jason Zweig.  Written by a long-time financial columnist, this work delves into why we feel the way we do about money.  Why do our emotions often override our experience or rational thought?  As humans, we developed strong survival instincts over the past several million years.  Unfortunately, those instincts have yet to adapt to modern financial markets.  Two considerations:  the anticipation of a reward is greater than the reward itself and the pain of loss outweighs the joy of gain

Endurance:  A Year in Space, A Lifetime of Discovery - Scott Kelly.  This is a nice story about twin brothers who became NASA astronauts.  The author documents the standard trials and tribulations of a rough and tumble upbringing and charts the path through college and finally spending a year on the International Space Station.  While the book was interesting, informative, and inspirational to some, I found myself disliking the protagonist.  Despite his success, I decided we couldn’t be friends.

Bad Blood:  Secrets and Lies in a Silicon Valley Startup - John Carreyrou.  A work of hubris and deception, chronicling the rise of Elizabeth Holmes from Stanford dropout to biotech billionaire (on paper) to her shameful downfall.  Her company, Theranos, promised to change the world with near real-time blood tests for every disease and condition in the world.  Of course, it was all deception from the start.  The interesting part of the story is how she hoodwinked so many powerful people into believing and defending her.  If something sounds too good to be true, it probably is.

Shadow Divers:  The True Adventure of Two Americans - Robert Kurson.  Another neat story about two scuba divers who located a sunken World War II German U-Boat off the coast of New Jersey.  Several interesting facets to the story – how diving technology advanced to allow them to dive to and navigate the wreck (over 200 feet deep) and how they were able to identify the U-Boat and connect with the sailors’ families a half-century later.

Atomic Accidents:  A History of Nuclear Meltdowns - James Mahaffey.  This was a really random read suggested by my dad, who spent some time in the nuclear industry in the 1980’s.  Depending on your perspective, you will be either horrified or relieved after reading this detailed account of every documented atomic accident.  Every one of them.  To the horrified, there have been quite a few.  To the relieved, there have been remarkably low health effects.  I remain convinced that done correctly, nuclear power is the best renewable, sustainable, and environmentally friendly source of power available.  Trust me, I spent two years living on top of twin 550 MW reactors and I’m perfectly normal…

Boys for Men:  A Vietnam Memoir - Derrick Wolf.  Worst Vietnam War book ever.  The concept was interesting – intersperse diary entries from a soldier in Vietnam with a distant relative who fought in the Indian Wars in the American West.  The execution was terrible and the book seemed never ending.  Skip it.

Those are some heavy reads!  What do I read for fun?  My current favorite genre is post-apocalyptic fiction from such authors as my Naval Academy classmate Steven Konkoly (start with The Jakarta Pandemic), Russell Blake, A.R. Shaw, Franklin Horton, William Weber, and G. Michael Hopf.  Before my oldest left for college, I insisted she read Locker Nine by Franklin Horton.